OFF THE BEATEN PATH ISTANBUL

We are revealing our favorite places in Istanbul that are not known by many people. These places are incredible, but they are not mentioned in the guidebooks or other information sources. We have felt like somebody has to let the word out for a long time now. So, here we go, OFF THE BEATEN PATH ISTANBUL:

There is not much known about Magnaura Palace except for the fact that it was built by the Roman Empire in 425 AD and it housed The University of Constantinople (Some say that the first university in human history was established right there). The remainings have been buried underground for a long time! Fortunately, a small portion of the palace was renovated by a private business about 10 years ago. The remains of the underground palace are open to visitors free of charge.

The location is in a very convenient area – right next to Four Seasons Hotel in the Oldtown and very close to Haghia Sophia. When you go there, you will see a hostel called Istanbul Hostel. Right next to it there is a carpet store and a cafe. Just walk through the main gate and take the stairs towards the back of the cafe that lead underground. The carpet store that’s on top of the ruins welcomes anyone who wants to see the site. They do it to impress their potential clients, but you won’t be pressured into buying any carpets, don’t worry! When you enter, you will realize that if you keep digging in any direction you will be able to discover so much more of the palace. This incredible site is NOT recognized as a historic monument neither by UNESCO or  the Turkish Government. Prepare to get very mad at the officials. And prepare to be amazed by what you are going to see.

Located in Fener, one of the most culturally diverse and picturesque neighborhoods in Istanbul, Fener Rum High School is the this city’s first high school. It was established in 1454, only one year after the city was conquered by the Ottomans. Sultan Mehmed the II actually paid for the school himself. As many know, half of the Eastern Romans (we call them ‘Rum’) did not even put up a fight against the Ottomans when their city was attacked by them. This school and entire neighborhood was given to the Rum people as a gift. The current building was built in 1881 and believe it or not, it is earthquake-proof!

The school is still operating. There are only 56 students studying in this huge school. Only members of Eastern Ortodox Church can study in this school. The administration is actually very welcoming. All you have to do is ring the bell and they will let you come in for a quick look around. The yard has magnificent views of the Golden Horn.

This little Bosphorus village-like neighbourhood is just awesome! It’s name translates to English as ‘Albanian Village’ because there used to be Albanians living here and the name stuck. Throughout history, a lot of different ethnic and religious groups lived in this great location. The neighbourhood is located right between two fancy party towns: Kurucesme and Bebek, but Arnavutkoy is not like them: it is still a traditional NEIGHBOURHOOD! It has an amazing historic texture filled with wooden houses, superb fish restaurants and breath-taking views of Bosphorus. It is the only place in the city where you can see both bridges that connect the European and Asian sides at once! This place is definitely worth discovering and is very under-appreciated.

A quick google search for the world’s most beautiful college (university) campus reveals the likes of Trinity College in Dublin, Pepperdine and Stanford in California and Peking University in Beijing. No where do you find Bogazici University mentioned, which is why it is perfect for this post. The campus itself is full of old stone and brick buildings similar to those found at Trinity College, but the views are what set this campus apart. Located about 5 miles up along the Bosphorus (above the glitzy, glamorous Bebek neighbourhood) Bogazici University overlooks this world renown waterway like few other places in Istanbul. One has clear views of the curvy nature of the Bosphorus, the world’s biggest continent on the other side of it (Asia) and all the forested areas that (surprisingly) surround this city.

We recommend heading to the university sometime in the morning, grabbing a cheap cup of Turkish coffee and sitting back amongst an attractive college crowd while gazing into the waters below you and the land beyond. 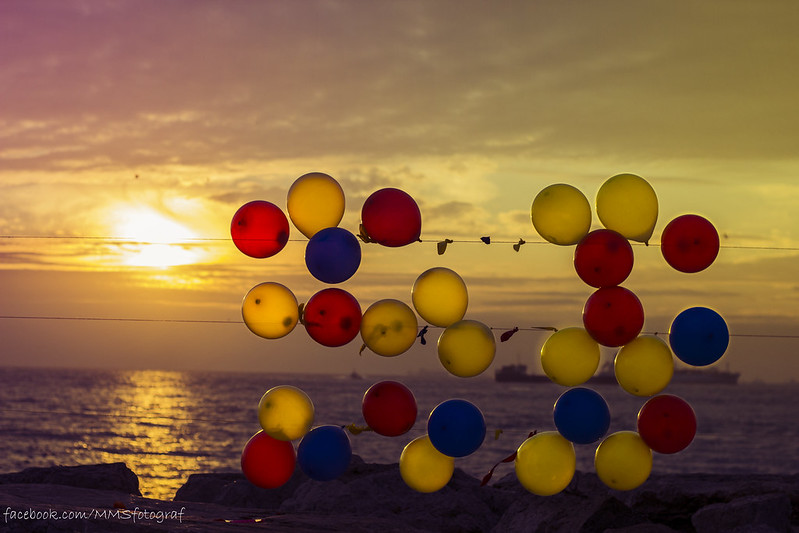 Moda is a neighborhood located on the Asian side of Istanbul in Kadıkoy, one of Istanbul’s largest and most populated districts. Moda, on the other hand, has managed to remain small, cute and beautiful. It has great cafes, restaurants, nice stores, gift shops and views of Marmara Sea and the European side of Istanbul. Spending a late afternoon or an evening there is highly recommended. Moda also has a very modern Turkish population. It is a place for secular, open-minded, friendly people. You can easily start a casual conversation with a local and walk away from it with a new Turkish friend.