The Other Tour·January 21, 2015
Istanbul Travel BlogRead

Turkish yogurt, now a common commodity that can be found in the furthest reaches of the world, is a classic example of a modern food war. Don’t mistake the term “food war” for a “trade war” or confuse it for two foods literally fighting against one another (not that you would, that would be ridiculous). Food war, in this sense, refers to multiple countries or peoples claiming a food, in this case yogurt, as their own. In actuality, yogurt can’t be traced to any particular ethnic group. It is a product of the land and of all the people that lived on that land.

As most of you probably know, Turkish yogurt is prepared using milk. In the US, cows have become the primary source of this milk, though it can also come from sheep, goat and water buffalo. In fact, milk from sheep and goat has a much higher fat content and more nutritional value; the first yogurt probably came from these animals. Yogurt is created by introducing bacteria to the milk. Though the actual discovery of yogurt is still unclear, it is likely that natural enzymes in animal’s stomachs curdled with milk during the milking process, forming something similar to what we now know as yogurt.

Turkish yogurt was discovered 4,000 years ago by nomadic Turkish peoples in Central Asia. It quickly spread throughout the Middle East, becoming a staple of many of these people’s meals as well as a signature food of the Ottoman diet. Yogurt became popular and important for a few reasons. Firstly, milk spoiled very quickly back in the day, turning bad after only a few hours. Yogurt, in addition to extending the life of milk, was easier to digest because the bacteria assisted in breaking down lactose. It can be said that yogurt was the first probiotic. High in fat, protein, vitamins and calcium, yogurt was considered a sort of miracle food for people throughout the Ottoman Empire.

The Ottoman Empire, an incredibly culturally and ethnically diverse group of people (including, among others, Turks, Greeks, Armenians and Kurds), was key in the introduction of yogurt around much of the western world. In the 16th century Francis the 1st, the King of France, had life-threatening diaria. Suleiman the Magnificent, a friend of Francis’ and the most iconic and legendary of the Ottoman Sultans, sent a doctor to cure him. As the legend goes, the doctor prescribed yogurt for the King and his diarrhea was cured not long thereafter. However, it wasn’t until the late 19th-century that yogurt really began to take its hold on the western world. The Ottoman Empire was increasingly weaker during these years and many people were leaving it as a result of its crumbling state: as these people left yogurt was brought with them. During this period one scientist identified the yogurt bacteria and spread knowledge about yogurt health benefits. Yogurt being eaten as an every day food happened a bit later. In 1919, a Jewish doctor by the name of Isaac Carasso left the Ottoman Empire and settled in Barcelona. He began a yogurt plant that he named after his son, Danone. This has now grown into Danon, the largest yogurt company in the world. Armenian immigrants fleeing the Armenian genocide introduced yogurt to the United States, though it didn’t really catch on until Daniel, the son of Isaac, opened a Turkish yogurt factory in New York in the 1940’s.

As the many ethnicities of the Ottoman Empire left and settled in other parts of the world, the one word that they had in common was “Turkish yogurt“. From this word the modern, English version “yogurt” came to life. 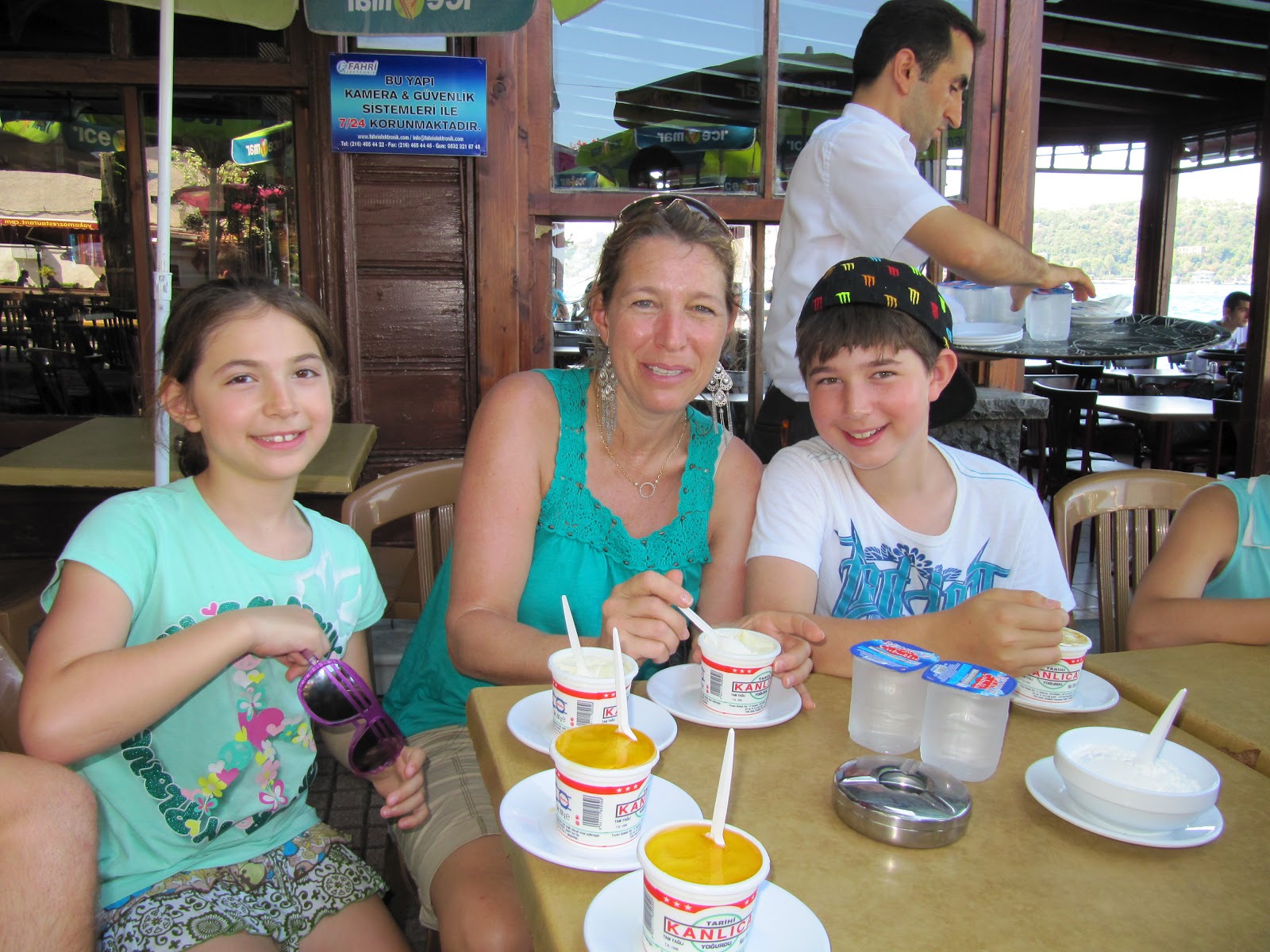 Yogurt the one Turkish word to make it into the English language.

So, who does Turkish yogurt belong to? Nobody and everybody. And Turkish people. And Romans. And Greeks, and many oher Anatolian civilizations. All of these groups and countries are claiming for their own a food that in actuality is native to the region in general. Yogurt was innovated by nomadic tribesman from Central Asia, spread throughout the Middle East where it was used by all populations, and eventually made its way to Europe and the US. It should be recognized as a symbol of the Ottoman legacy. Each of these groups sharing in something that, for all practical purposes, belonged to all of them.

Oh before we forget: if you wanna try real good Turkish yogurt AND if you happen to be in Istanbul, you may either join The Other Tour OR go to Kanlıca yourself and have it there.