I’ve never come to terms with the phrase “a picture paints a thousand words”. A picture may show us beauty, it may convey struggle, it may even display emotion, but it doesn’t tell the whole story. Like the picture above. It is intriguing and mysterious. It draws us in and makes us want more, but then it fails to deliver. The written word, on the other hand, has no boundaries. The following 5 authors on Istanbul tell captivating tales of Istanbul and Turkey that provide unique and unparalleled insight into this part of the world. Here are our recommended books on Istanbul.

In 2006 Orhan Pamuk became the only Turkish novelist to win the Nobel Prize in literature. A controversial writer in his country of birth, Pamuk has not been shy in using his fame to make his voice heard – a tendency that has led to trials, book-burnings and even assassination attempts. Turkey’s identity can, often, be best described as contradictory, elusive, confusing, possibly even artificial. Pamuk’s works harp on this identity crisis. A poetic, gripping, stirring and fearless author, Orhan Pamuk regularly touches on the issues that divide the country: East vs West, secularism vs conservatism, modernity vs traditionalism. I find his works to be intellectually challenging – each phrase, each sentence, must be read with the utmost level of concentration. The inherent complexity of his novels don’t make his works “page-turners”, but it does make them “must reads”. We recommend: My Name is Red – Taking place in 16th century Istanbul, the novel brings to life the tensions between the East and the West and the reign of Ottoman Sultan Murat III. Mystery, love, art, religion and sex fill the pages. Istanbul – Personal memoirs and antecodots of the city that Pamuk was born in and grew up in (and the city that you’re going to visit!). 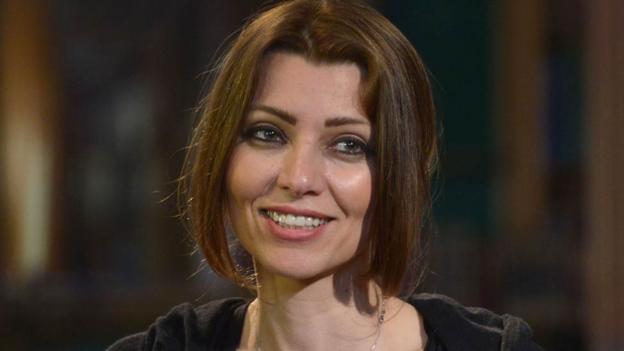 Born in France to Turkish parents, Istanbul has always played a pivotal role for Elif Shafak, influencing her writing style, her stories and her philosophies. Shafak has published 9 books that have been translated into more than 20 languages. Though Elif, like Pamuk, has stirred the pot with her progressive, global and multicultural perspectives, she continues to be the most widely-read woman author in Turkey. In a country where a strong sense of nationalism governs much of daily life, Elif Shafak has challenged political, ethnic and cultural borders, promoting the idea that her works, or fiction in general, can be used to overcome identity politics. Her novels take on love, spirituality, nationalism, Turkish identity and the role of women in modern society (particularly in Turkey).

Read our special on Elif Shafak.

Though born in England, the majority of Barbara Nadel’s works are crime novels set in Turkey. She has written 13 books about Ceting Ikman, an addict-prone detective on the Istanbul police force. Barbara’s work doesn’t get quite as into the political underpinnings and profound themes offered by Pamuk and Shafak, but it does offer important insight into Istanbul and highlights the tensions in contemporary Turkish life. Fun, informative, edge-of-your-seat, page-turning reads, her novels are perfect in the weeks leading up to your trip and the plane flight over.

Another British-born author, Jason Goodwin’s fascination with Istanbul began while studying Byzantine history at Cambridge University. In contrast to the previous authors, much of his work is non-fiction. His fascination with the Ottoman Empire and Constantinople is readily apparent. Jason’s novels – fact driven and historically informative – captivate the reader throughout. Like candy that is actually healthy (or maybe like vegetables that actually taste good), Jason Goodwin’s books are an ideal combination of education and entertainment.

Born in 1923, Kemal has been around for a while. So long, in fact, that he claims to have recreated Turkish as a literary language following Ataturk’s removal of all Persian and Arabic elements. He is considered by many of his contemporaries to be Turkey’s most important and, for that matter, most talented writer; having written over 30 books, there is no denying his literary success. And, like the other Turkish authors listed above, Kemal does readily speaks out on sensitive issues that he feels passionate about – a habit that once resulted in a 20-month jail sentence.

10 Books to Read Before You Study Abroad in Istanbul

For most tourists to Turkey, DK Witness is a great resource for tourism purposes, from hotels to recommended attractions and places to dine. The other one that is really informative is Frommer’s. The best feature of the Frommer’s guide is the suggested itineraries. One week in Turkey is not enough but their itineraries for first timers, it does cover a lot of grounds and all that you want to see and do are squeezed into one week. Of course, people are generally loyal to their own particular guidebook of choice, so for many it will be Lonely Planet Istanbul or Lonely Planet Turkey. They also publish a Turkish Phrasebook and the Istanbul Encounter Guide. –SOURCE